Glass jar maker, Ball Corporation and Canning Across America have teamed up to create National Can It Forward Day.  On August 13th, gather your friends and family together to continue the art of “putting up” food.

Canning is something your mother or grandmother probably did.  During the recent economic downturn, canning was rediscovered.  Take a stroll down the seasonal isle of most grocery stores, and you will find a wide array of canning supplies.


Our grandparents canned to preserve the harvest.  They wanted to make sure there was enough food to get through winter.  We can now purchase most foods all year round.   Jams, jellies and pickles can also be purchased.  We no longer need to preserve food.   Canning is hard work.  You need to get out special equipment, wash and sanitize the jars.  It is messy work.  This is not going to be a 30 minute project.  So why would anyone want to can?
As most do now, I searched on Wikipedia to see why people were canning.  I found no real answers.  So I decided to give you my reasons for canning.  I enjoy “all things food”.  I think I make a better product than major food companies.  I like to believe that cooking and canning give me better control over my diet.
Whatever the reason for canning, it is on the rise.  I am not the only person slaving over jars, hot water baths, jams, jellies, and pickles.  Here are a few resources to help you get started with canning.
Websites
National Center for Home Food Preservation – http://www.uga.edu/nchfp/
Ball Corporation – http://www.freshpreserving.com/home.aspx
University of Nebraska-Lincoln Extension –  http://food.unl.edu/web/preservation/home

So Easy to Preserve – University of Georgia – Cooperative Extension
The Ball Blue Book: Guide to Preserving – The Ball Corporation

Whatever recipe you use, choose a resource that has been approved by the US Department of Agriculture.  Safety is a major concern with canned products.
Good luck! And let us know about your canning projects.

For years I told my students that 100% whole wheat bread was extremely difficult if not impossible to make.  Well, one year, a student decided to challenge me.  One day after class, she brought up a slice of 100% homemade whole wheat bread that her family makes.  Needless to say, it was quite tasty with a very smooth texture.  I was impressed, but still not convinced.  Sometimes it takes a little more to get some of us to move, change, etc.


I had to make whole wheat bread for a 4-H project I was working on.  I was going to prove my student wrong!  I found the perfect recipe on King Arthur flour website (http://bit.ly/rqAR0U).  It used all whole wheat flour, no white flour, no eggs, no potato, just whole wheat.   I decided to give it a try.  What to my surprise, when the bread turned out just fine.  It raised and I got a beautiful loaf of bread.
Before you think of me as a little old fashioned and stuck in my ways, I do have a valid scientific reason for believing that you could not make a good loaf of 100% whole wheat bread.  Whole wheat flour contains fiber, which we all need to consume more of.  Fiber is good, but it plays havoc with gluten.  Gluten is the protein that stretches and traps the air, thus allowing the bread to raise.  Fiber pokes holes in gluten, which makes a denser loaf of bread.  So imagine my surprise when I got a good loaf of bread.
My colleague and I decided that maybe the method for grinding whole wheat flour has improved allowing fiber to have less negative effect on the gluten.  I also tried to make this bread with graham flour and it did not work.  The bread was dense, did not raise very much, and the flavor was bad.  Graham flour is the same as whole wheat flour, but has a coarser texture.
For this posting, I made two breads.  One I made according to the recipe on King Arthur flour website.  For the second loaf, I substituted ½ cup of whole wheat flour with the same amount of all purpose flour.

Give either one or both a try.  Let us know how they turn out. 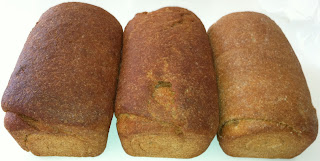 Beans in the Summertime

Growing up, we always ate beans in the winter.  My mother cooked them with pork (what else would a southerner use).  They were good, but these beans are not for summer.

Enter canned beans and salads.  Beans do not have to be hot and served with cornbread.  This is good news.  Beans are a good source of protein, fiber, potassium and folic acid and they are virtually fat free.  We need not wait until winter to eat beans.  Salads are another way to consume beans.  If you want a complete protein in one dish, make a bean and rice salad.


The April 2011 issue of Bon Appétit magazine contained an article by Molly Wizenberg – Chick Magnet (http://bit.ly/oUPSCl).  Molly starts with chickpeas (garbanzo beans) but you really could use any bean.  Most beans have a fairly mild flavor and will take on the flavor of whatever is added to them.
To make a bean salad, choose a can of beans.  Drain and rinse.  After that, the sky is the limit.  Since I was on a roll, I decided to make two versions of this salad.  Both salads started with chickpeas (15 ounces).
As a nod to my trip last year to Greece, I made one on the style of the Greek salad.  And since I was in the Mediterranean area, I made the second one more Italian flavored.
Chickpea Salad - Greek Version
Serves 2.
Ingredients:
1 can (15 ounce) Garbanzo beans
1 to 2 Tablespoons fresh oregano
2 Tablespoons red wine vinegar
1 Tablespoon olive oil
½ small red onion, finely chopped
½ cup feta cheese


Combine in the same manner as the Greek version.

I hope you get the general idea about bean salads.  There are no hard and fast rules.  You basically make it the way you want to.  Depending on what is in your pantry, you may want to add olives, bell pepper, green onions.  If you don’t like a particular kind of cheese, switch to your favorite.  Most of all, have fun with your bean salad.  Let your imagination fly!

How to Make Your Colleagues Happy!


Before you scream about the amount of calories in ice cream, remember, you only have one month to eat as much of the stuff as you can.  Also one of my dietitian friends told me that if I ate 1½ cups of ice cream, I would have the same amount of calcium that is in one cup of milk.  Now, mind you, she did not suggest that eat 1½ cups of ice cream.
Can you guess the five most popular flavors of ice cream?  They are, in order, vanilla, chocolate, Neapolitan, strawberry and cookies n’ cream.  About ¼ of all ice cream sold is vanilla. 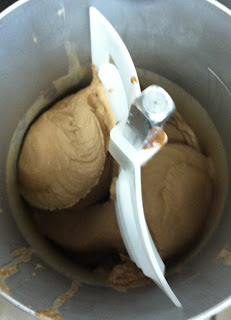 1.     In a medium saucepan, combine sugar, cornstarch and salt.  Stir in whole milk.  Stir over medium heat until mixture begins to simmer.
2.     In a small bowl, beat eggs.  Gradually stir about 1 cup hot milk mixture into beaten eggs.  Stir egg mixture into remaining hot milk mixture.  Cook and stir over low heat until slightly thickened, about 2 minutes.
3.     Finely chop the chocolate.  Stir into hot mixture.  When chocolate has completely melted, strain mixture into large container.  Add evaporated milk, whipping cream and vanilla.
4.     Refrigerate mixture for several hours or overnight.
5.     Pour mixture into ice cream freezer and freeze according to manufacturer’s directions.
Ice Cream Fun Facts
Americans consume an average of 48 pints of ice cream per person, per year, more than any other country.
In 2003, residents of Portland, Oregon purchased more ice cream per person than any other US city.
Kids between the ages 2 – 12 and adults over 45 consume the most ice cream.
More ice cream is purchased on Sunday than any other day of the week.
It takes about 50 licks to finish a single scoop of ice cream.
The ice cream cone’s invention is linked to the 1904 World’s Fair in St. Louis.  An ice cream vendor reportedly didn’t have enough dishes to keep up with the demand, so he teamed up with a waffle vendor who rolled his waffles into cones. 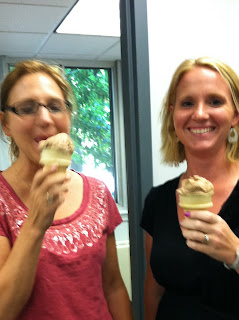 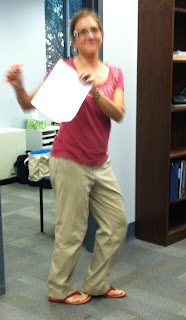 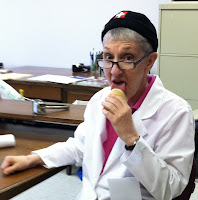