Cheese – Back to My Assignment 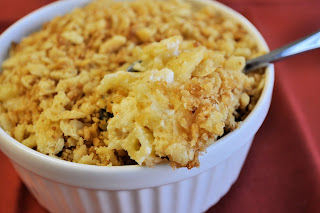 Before the Christmas holidays I gave the students in my foods class an assignment to find cheeses they were not familiar with. They had to go to small and unusual grocery stores. Mind you, these are not stores that most students would shop at. They had to find an American natural cheese such as Cheddar, none of that processed stuff, a non-American blue-veined cheese, one made with goat or sheep’s milk, a cheese made in Nebraska, and one from another country.


The purpose of this assignment was to get my students out of their comfort zone. I believe that if all you ever do is what you have always done, you are not accomplishing much. So I decided to take the assignment along with my students. ‘Cause occasionally, professors need to ‘stretch out’ too.


For the first one, I made an apple pie with a Cheddar cheese crust. It did not turn out too nicely. I always tell my students that sometimes you make something that you just can’t eat. Not to be deterred and since I have to keep face with my students, I trudge onward.


For the second assignment, I decided to make mac ‘n cheese. I chose a Nebraska cheese, Velky made by Jisa’s Premium Farmstead Cheese Company (http://www.jisacheese.com/). From what they tell me, it is an Eastern European type cheese. It has a very mild flavor and a soft texture. When I first tasted it, I thought mac ‘n cheese. Afterall, one can’t have too much mac ‘n cheese.


I found a recipe from The Splendid Table website for 21st Century Mac and Cheese (http://splendidtable.publicradio.org/). It is a part of their cheap eats series. I did modify the recipe somewhat. I removed the garlic and onion. Sorry, but I do not believe garlic and onion belong in mac ‘n cheese. Bacon, now that’s another matter. But no garlic or onion. I liked that I did not have to make a cheese sauce for this recipe.


Directions:
1. Bring a large pot of water to a boil. Add salt. Add pasta and turn heat off. Allow to sit for 10 minutes.


4. Drain pasta and place into a large bowl. Add cheese mixture and stir to combine. Pour into baking dish.


5. Melt butter in a small saucepan. Coat crackers with butter and spread over top of casserole. Bake about 20 to 25 minutes, or until thick and creamy. If top is not golden, slip under broiler for a minute. Remove from oven, let stand about 5 minutes, and serve.

Note: If desired, casserole can be assembled, covered with plastic wrap and refrigerated for up to 24 hours.


I must say the mac ‘n cheese turned out quite nicely. My colleague and I enjoyed it and readily consumed our fair share. I normally don’t add paprika and red pepper flakes to mac ‘n cheese, but the addition of both gave the dish a little ‘kick’. I would be willing to make it again. I might even consider trying some different cheeses.

If you have a favorite mac ‘n cheese recipe, let us know. We love you hear about your favorite dishes.
Pin It