Usually when I talk to my students about barley, I tell them the number one use is beer production, followed by livestock feed.  And that is really all that I say about barley.  In the United States, we don't consume much barley, at least not as barley.  However, since starting this blog, I have been on a mission to find more uses for barley.  After all, why should the brew masters have all the fun.

Barley has a chewy texture and a nutty flavor, similar to brown rice.  Basically, you can use barley the same way you use rice.   It can be used in stir-fries and pilafs.  Next time you want to make a rice dish, try using barley instead.

There three types of barley: 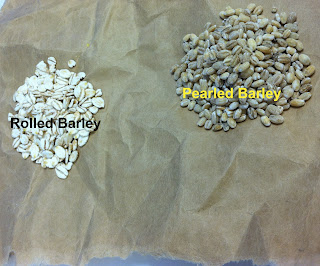 Regardless of your choice, they are all excellent additions to your diet. 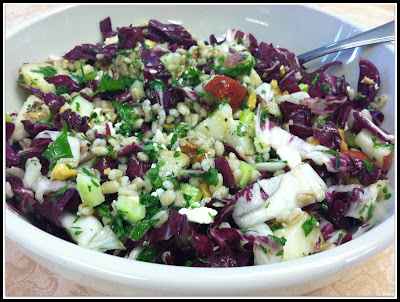 2.  Bring about 3 cups of water to a boil.  Add 1 teaspoon salt and barley.  Stir.  Partially cover and cook until barley is tender, about 30 minutes.

3.  Chop parsley and celery.  Slice radicchio into thin strips.  Core and chop the pear.  Combine all ingredients, along with the walnuts in a large bowl.  Drain barley and allow to cool.  Add barley and the feta cheese to the mixture.  Add salt and pepper to taste.

If desired, red wine vinegar can be used instead of the lemon juice.
Pin It