A Summer Without Rhubarb!

I write about rhubarb every summer. After all, it is my favorite vegetable.  And why not? You put sugar and butter on it, mix it into cake batter or throw it in a pie crust. You eat it and call it a vegetable! Life is Good! 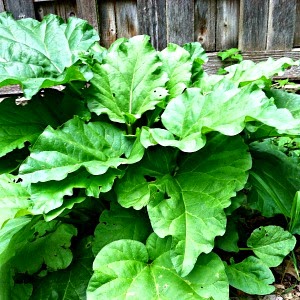 Every year, I think 'I cannot find another rhubarb recipe'. Just when I think I have come to the end of the rhubarb recipes, low and behold, another recipe pops us.

This year I found a recipe for rhubarb bread. Quite tasty. Check out Discover Seasonal Cooking later this summer for that recipe. It's a real gem.

I also found a recipe for Rhubarb Frangipane Pie. A new recipe - for rhubarb. I was in 'hog heaven'. As it turns out, frangipane is an almond flavored pastry cream. After making the pie, I thought the frangipane would be good with other fruit based desserts. When I looked through my resources, it stated that frangipane is often used with fruit based desserts. Okay, so my idea was not original. That's fine, cooking is about each of us making discoveries in our own time.

Here is my recipe for rhubarb frangipane pie. The original recipe called for a cornmeal crust. I ditched that in favor of a regular crust. You decide.

1. Frangipane Filling. In a food processor, grind almonds and sugar until the mixture is sandy. Add butter, egg, flour, and vanilla. Process until mixture is smooth. Set aside until ready to assemble the pie.

2. Rhubarb Filling. In a large bowl, mix together the sugar, cornstarch, and salt. Add the rhubarb and orange zest. Stir mixture to coat the rhubarb.

3. Roll out pie crust and place in a 9-inch pie plate. Spread frangipane over the bottom of the crust. Top with rhubarb mixture. Brush edges of pie crust with egg wash or milk.

4. Roll out the second pie crust into an 11-inch circle. Place crust over top of pie. Trim edges of second crust. Press the two crusts together to seal.

5. Brush crust with egg wash or milk. Sprinkle sugar over the top. Cut vents in the top crust to allow steam to escape.

7. Place pie on a large rimmed baking sheet and bake for 20 minutes. Lower the oven temperature to 350°F and bake for an additional 30 to 40 minutes, until the crust is golden and the filling is set. Remove the pie to cool completely, at least one hour.