I like Brussels sprouts. (If you like them, it's okay. You can admit it.) My love of Brussels sprouts has me looking for new recipes. For this posting, I found recipe on the California Almond Board and changed it to make it more Midwestern. Below is my version. But please feel free to try the recipe as the almond board intended it. My goal is that everyone eats good food. Use a recipe as a starting point. Changing it to fit your taste is perfectly fine. 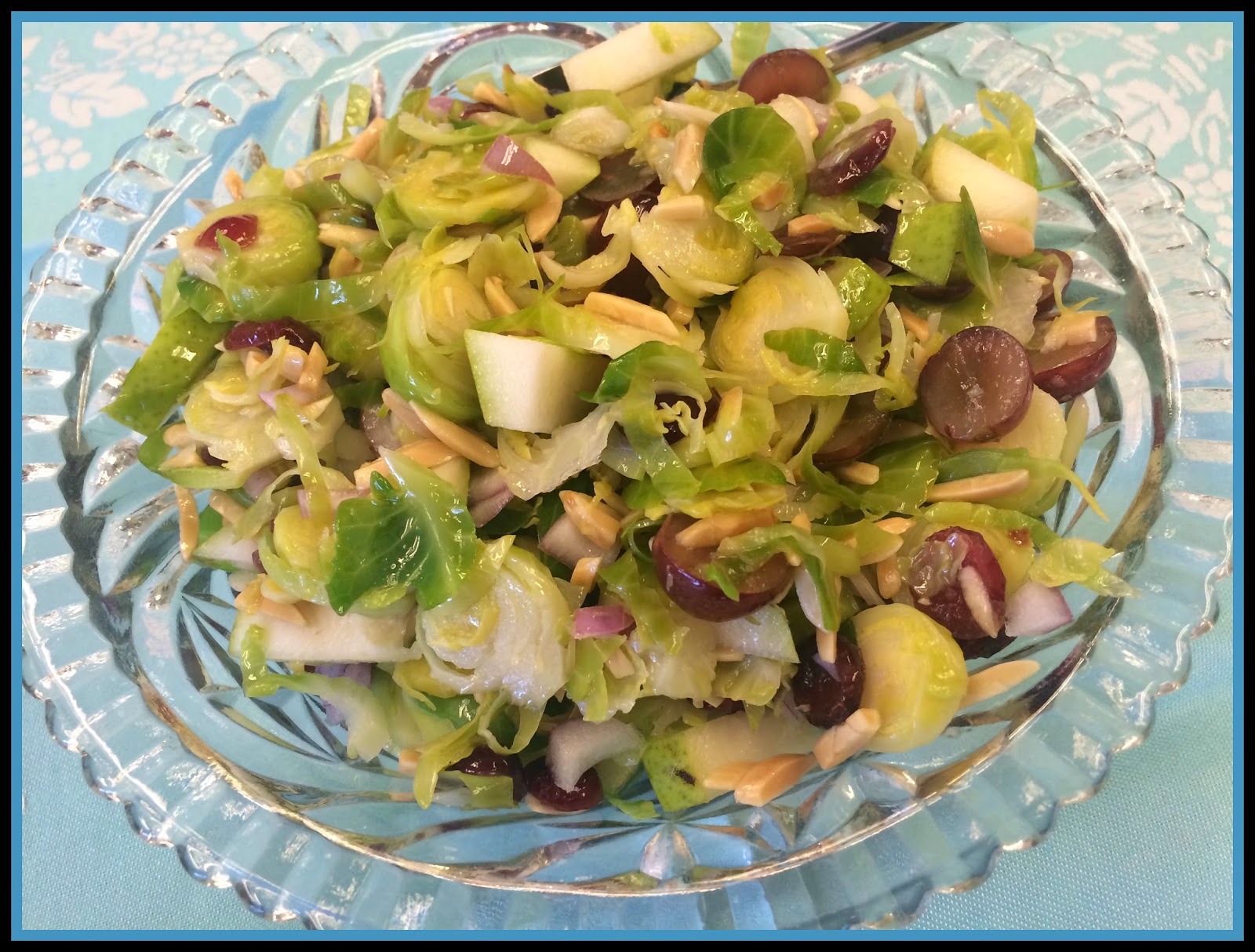 2. Toast almonds in a 300°F oven for about 10 minutes or until lightly browned. Set aside.

3. Wash and chop the pear. In a large bowl, combine pear, onion, and grapes. Set aside.

4. In a large saucepan, bring about 4 cups of water to a boil. Add ½ teaspoon salt. Add Brussels sprouts and cook for about 2 minutes. Add cranberries during the last 30 seconds. Drain. Add cold water to cool. Drain thoroughly. Add to pear mixture along with the almonds.

5. In a separate bowl, combine dressing ingredients. Pour over Brussels sprouts. Stir to combine.
Pin It